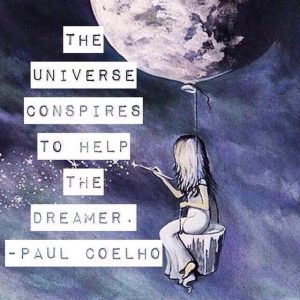 Last week I threw down my epic DONE list. This is most def a practice I wanna keep on keeping on at the end/beginning of a year. Not a report card from each year’s resolution throw down, but just a moment of reflection and celebration, making much ado about crossed off things. To start this tradition and the year off with a #bang #kaPOW, I threw down 51 things on my epic DONE list to reflection/celebration my 51 trips around the sun.

I wasn’t going to do 51 things on my epic TO DO list of this happy New Year’s Resolutions (or Intentions or Goals or Whatever term floats your boat and/or doesn’t get your goat). I was going to narrow it down to 17 cuz that’s what the poet inside of me wanted to do. But the #fomo-aholic in me obvi wanted to cast wider. Luckily #fomo me also waxes poetic. Instead of narrowing down my dreams, when I started throwing them down, I noticed they kinda fell into 3 categories: Places I wanna go, things I wanna do, and the person I wanna be. So I decided to do 3 lists of 17. And then I did the math and LMFAO off at the #divineirony.

What are your resolves, the intentions you’ve set, the goals you are aiming for, the dreams you are dreaming for 2017? I’d love for you to share them with me so we can cheer each other on!

Here’s mine in a picture. My 2017 vision board, that I worked on during January which I spent with my sweet Redheads and sweetest #taranthewonderbaby! in Colorado. It’s hard to tell from the picture that the base of my vision board is a clock. Which I promptly threw away the batteries and set to 6 o’clock. (Bonus points for anyone who gets that reference!) Anyway, it’s a cool retro superBIG and clunky clock I picked up at a Thrift store cuz I wanted a legit frame for my vision board and also #upcycling things is super fun. I have my vision board hanging out right in front of of my writing desk in my office aka the #rabbitroom so I can keep the intentions I have set and the dreams I’m dreaming for this year always before me. I also have it set as the wallpaper on both my phone and compy. Staying in the game is the hardest part, yeah? How do you stay in the game and manifest your intentions? 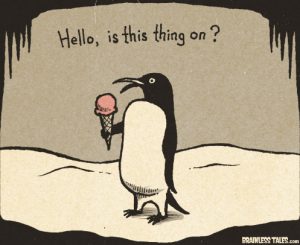 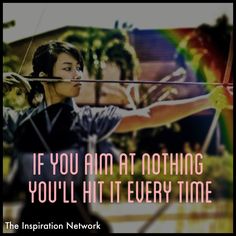 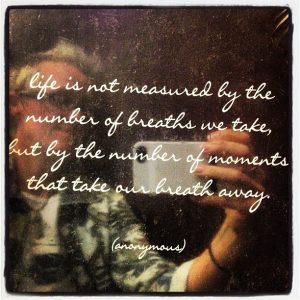 More. That’s my word for 2016. When I got cancer, one of my docs gave me one of the best pieces of advice anybody’s ever given me. He told me a story about how when his mother got cancer when he was a boy, that her dream was to live to see her kids graduate high school. She got her dream come true. A happy ending. But an ending. Unfortunately, she passed away shortly after. The thing my doc said that struck me so, then, and has stuck hard and fast with me these #lucky7 years, since I was standing in his mama’s shoes, was very simply: Ask for more.

Last year’s word was Jubilee. Super apropos, since I hit the big 5-O in September. Looking back and reading the leaves of my 2015 calendar, my year of Jubilee lived up to its name. And then some more. It was most def a celebrationFULL year. Renewal. Remission. Good fortune. Here’s my 2015 recap. Some of the highlights. My top 15, obvi, cuz 2015:

As I prayed and meditated about this year’s word, that story kept raising it’s hand like it’s name was Horshack or something. At first MORE sounded like such a greedy word to throw down, after a year of Jubilee and so much celebration. But the MORE it said “Ooh! Ooh! Ooh! Ooh!” I have come to see MORE as raw, authentic, childlike expression of gratitude. So a deep sense of gratitude is where I’m coming from as I share my sweet 16 resolutions/goals/intentions for 2016:

And just cuz, here’s a few lines from my ultimate Bucket List of hopes and dreams and prayers:

So what about you? What’s your word for sweet ’16 and/or what’s on your “To Do” and bucket lists? I’d love to hear from you and will pinky swear to cheer you on if you honor me with your word/lists. Feel free to comment below with your lists or links to your New Year’s Resolution blog posts, or to contact me via email.