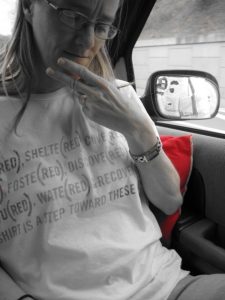 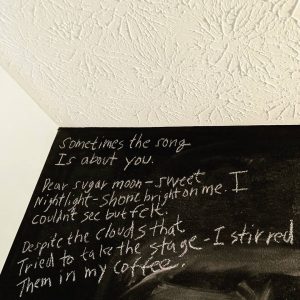 Sometimes The Song Is About You.

Despite the clouds that
Tried to take the stage — I stirred
Them in my coffee. 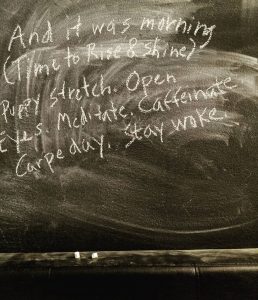 And it was Morning
(Time to rise & shine) 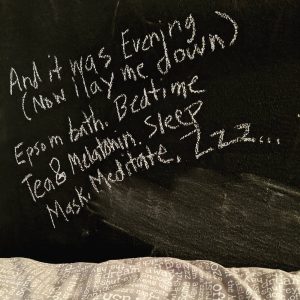 And it was Evening
(Now I lay me down) 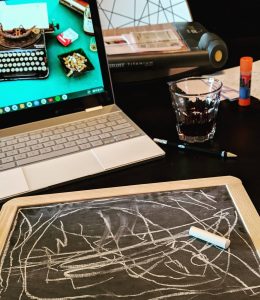 I can’t read it and
I don’t understand a word
But it’s beautiful. 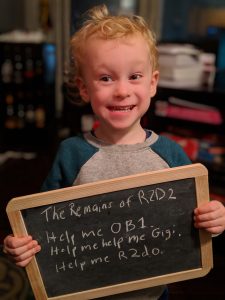 The Remains of R2D2
(A St. Patrick’s Day haiku based on a conversation I had with Taran the wonderboy about the rest of his missing R2D2 lego.) 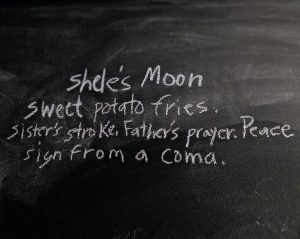 Shele’s Moon (A prayer for my step sister Shele)

I’ve been writing this haiku for a couple days now. It won’t mean anything but to shele & me. The last thing she posted about on Facebook was sweet potatoes. The last thing I ate before I got the news she had a stroke was sweet potato fries. I believe in coincidences. There were many miracles leading us to believe God had a different plan. The one that still gets me is the priest who was praying for her through the brain surgery Friday night, when he said “in the name of the Father, Son, & Holy Spirit, Shele tried to cross herself FROM HER COMA. I took these as signs that God was working a miracle for her. Though yesterday took a different turn than the direction we thought we were heading. My heart is breaking. Especially for my step-mom, my beautiful nieces, & her husband. She passed in the wee hours this morning. I woke in the middle of the night and spent some time praying for her, feeling like I was awakened to keep vigil, to pray for peace. While I was sitting there holding that space, I got a notification that her husband had posted she is at rest now. I wanted to go ahead and put this sweet nothing poem out there dedicated to my step-sister Shele. We didn’t know everything about each other but we did love each other. She was one of the first people to show up for me after I got cancer. She drove all the way to a prayer meeting kickoff to my cancer battle and I will never forget that. She introduced me to @shaniatwain and I can never listen to her without thinking of Shele and wishing she could come on over. All I know is that I hope she knows I love her like a sister. 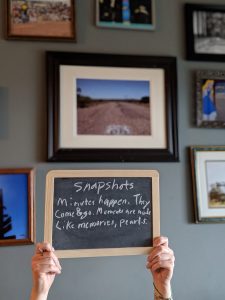 Minutes happen. They
Come & go. Moments are made
Like memories, pearls. 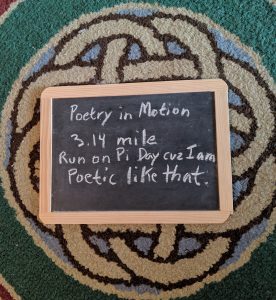 Never was good at
Fractions till there was pizza
In my life. Amen.