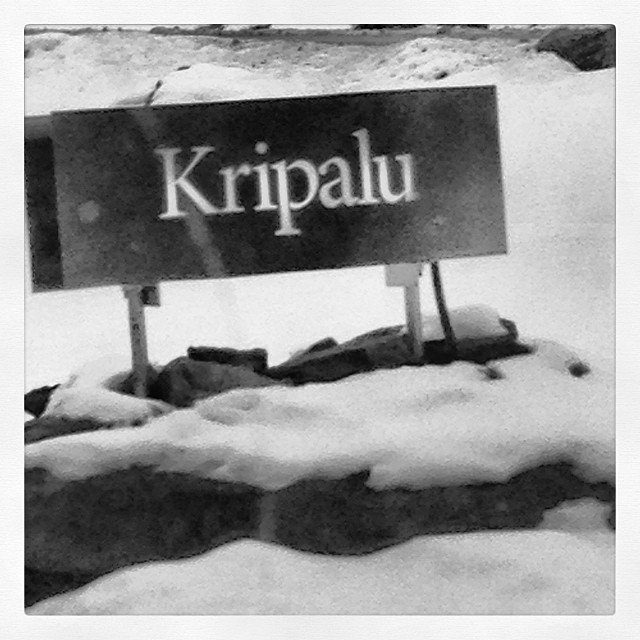 A few months ago I was up late counting sheep, when some shit I’d been dealing with must’ve hit the ceiling fan over my bed and started splatting all over the sheep, spotting them like 101 Dalmatians. Which kinda felt like a spoiler alert to the sleeping game I was trying to win. So I stopped counting shitty sheep and I prayed a little. Which is probably what I should’ve been doing about my shit in the first place instead of kicking it around a bit, and then, kicking myself for making such a mess. I’m assuming we all know how messy metaphorical shit can get when you kick it around. Now, I know I’m not supposed to go assuming, but I figure it’s legit in this case, since there’s no such thing as a shit vaccine. I don’t think there is a sequel or grown-up version of the children’s book, Everyone Poops. But I could see it being called something like, Everybody is Full of Shit. Well, at least, I know I am, on a pretty “regular” basis.

Anyway, after all of that ruckus I sort of pulled it together a bit. I wasn’t in the mood to go back to counting sheep quite yet so I woke up my computer, and Googled: “yoga, writing, cancer, retreat” to see where it would lead. Yeah, that third word is some of the shit I was dealing with. The first two are a couple of ways I try to deal. And the last word sounded like a good thing to do when you’re up to your sleepy eyeballs dealing with your own shit. 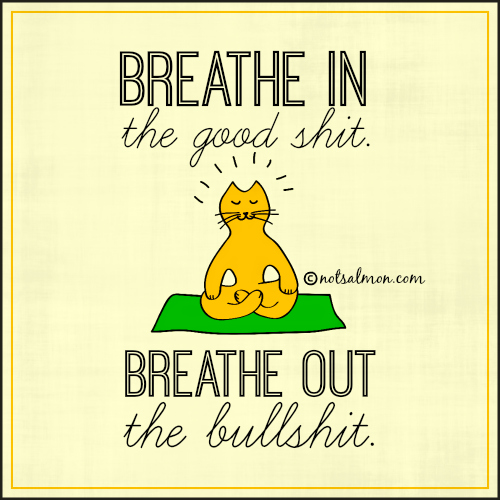 Google threw down an article Jen wrote for LIVESTRONG called “7 Reasons To Go On A Yoga Retreat”.  No shit.  This was my introduction Jen Pastiloff and her Manifestation Retreats. It didn’t take me long, after falling head over heels into the lovely vortex that is Jen’s tribe, from the Gateway of that LIVESTRONG article, to Facebook stalking her, and then staying up all night watching her YouTube channel, to realize (become enlightened;) that Manifesting is aka Making Shit Happen, in Jen speak. Which, translated, meant that of course I had to go. I hadn’t tried manifesting my shit before so I thought I’d give it a “swirly”.

I’d already practically nodded my head off, agreeing with her 7 reasons I should go on a yoga retreat. As if, in fact, my body was, literally, saying YES. So I booked the next available Manifestation retreat, which meant packing up my shit for a road-trip to Kripalu in January. I don’t usually buy gifts for myself but this was a gift I needed to give myself. I saw it as the perfect diving board into 2014—a gift, which, 5 years ago when I was diagnosed with cancer, I never even imagined. It was time to re-imagine, cast a vision, set course, and dive in. Head first. No tiptoeing about it. 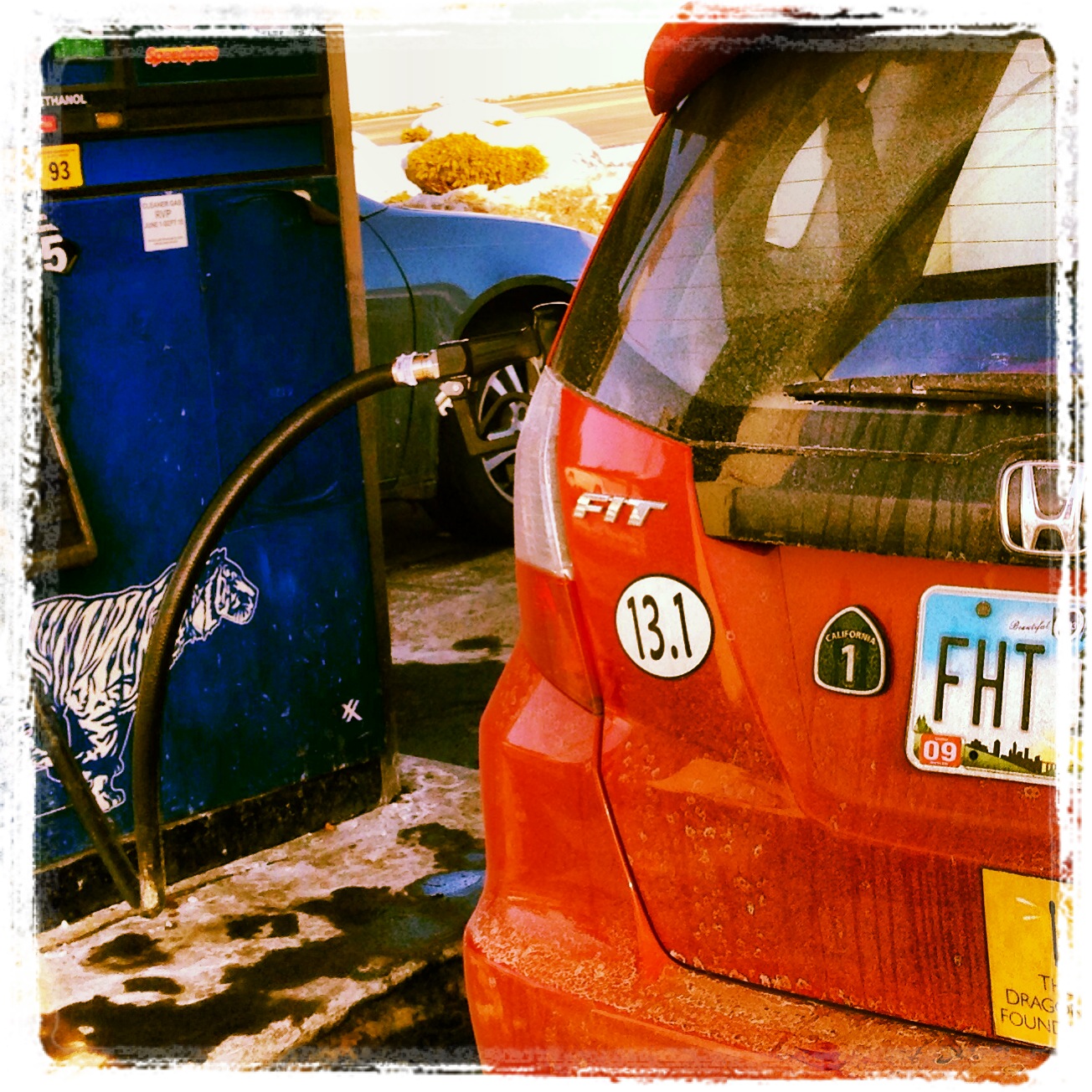 When I first walked in the door, I had a pretty intense moment of truth. I didn’t know anybody. And, I’m actually super shy. Luckily I have blue hair, so I don’t think anybody noticed my knees shaking like green Jell-O when I walked across the room like Gumby and plopped down to join the tribe 40 women sitting in a circle, like lotuses blooming. As bold a display as it was a beautiful bouquet.

“If you knew who walked beside you at all times on this path which you have chosen, you would never experience fear or doubt.” Jen kept repeating this quote as we went around the circle introducing ourselves to one another. Over the weekend we got to know who walked beside us. We unrolled our mats, unpacked our shit, turned it on its smelly ear in down dog, wrote down the bones, made them dance, shared our stories and our dreams, tore up our excuses, became friends, and each other’s fans. We spent the weekend as beauty hunters, making lists and lists of our #5mostbeautifulthings. This is one of the most. fun. games. EVER. We shared our beautiful things, but we also shared our shit—because love is messy like that sometimes, but that doesn’t make it any less beautiful.

Shit happens. To everybody.  Except when you’re constipated. And then you just sit on the toilet reading Leaves of Grass for what feels like forever; meanwhile shit’s just taking its own sweet time while you’re sitting there waiting for the shit to go down. Oh, shit’s gonna go down. And sometimes it’s going to hit the fan.

Shit happens. But so does beauty, and what if it hits the fan? Does it leave a beauty mark or make a beautiful mess? Sometimes you get dealt a shitty hand but sometimes you double down or play a wildcard and beat the dealer. Sometimes you’re up shit creek but at least you’re on a boat. You may not have a paddle, but at least you’re sipping red wine in your flippie-floppies with your girls on deck. Anything is possible. Even making good shit happen. Which is pretty much what a Manifestation Retreat, what Jen Pastiloff, is all about.

Jen summed it up best when she wrapped up our time together with these words, this mantra: “At the end of your life, when you say one final ‘What have I done?’ let your answer be, I have done love.”

(Except for the part where I express my gratitude to Jen, Kripalu, and the tribe. Peace, love, and namaste. *bows to your unapologetic awesomeness. Xoxo.)